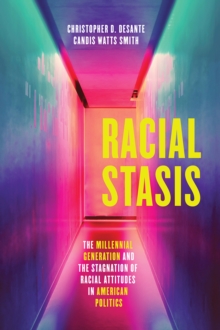 Racial Stasis : The Millennial Generation and the Stagnation of Racial Attitudes in American Politics Paperback / softback

Racial progress in the United States has hit a wall, and the rise of white nationalism is but one manifestation of this.

Most Americans continue to hope that the younger generation, which many believe manifests less racism and more acceptance of a multiracial society, will lead to more moderate racial politics--but this may not be happening.

To add, the shape of racial attitudes has continued to evolve, but our existing measures have not evolved in step and cannot fully illuminate the challenge at hand. With Racial Stasis, Christopher D. DeSante and Candis Watts Smith argue persuasively that this is because millennials, a generational cohort far removed from Jim Crow and the Civil Rights era, lack sufficient understanding of the structural nature of racial inequalities in the United States and therefore also the contextual and historical knowledge to be actively anti-racist.

While these younger whites may be open to the idea of interracial marriage or living next to a family of a different race, they often do not understand why policies like affirmative action still need to exist and are weary about supporting these kinds of policies.

In short, although millennials' language and rationale around race, racism, and racial inequalities are different from previous generations', the end result is the same. 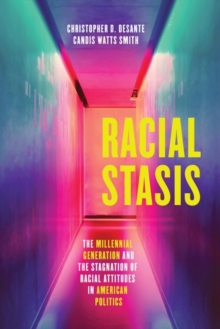