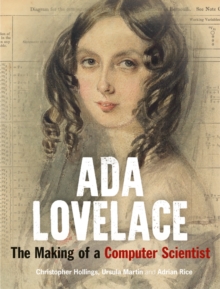 Ada Lovelace : The Making of a Computer Scientist Hardback

Ada, Countess of Lovelace (1815-1852), daughter of romantic poet Lord Byron and his highly educated wife, Anne Isabella, is sometimes called the world's first computer programmer and has become an icon for women in technology. But how did a young woman in the nineteenth century, without access to formal school or university education, acquire the knowledge and expertise to become a pioneer of computer science?Although an unusual pursuit for women at the time, Ada Lovelace studied science and mathematics from a young age.

This book uses previously unpublished archival material to explore her precocious childhood, from her ideas for a steam-powered flying horse to penetrating questions about the science of rainbows.

The table of mathematical formulae sometimes called the 'first programme' occurs in her paper about his most ambitious invention, his unbuilt 'Analytical Engine'. Ada Lovelace died at just thirty-six, but her paper still strikes a chord to this day, with clear explanations of the principles of computing, and broader ideas on computer music and artificial intelligence now realised in modern digital computers.

Featuring images of the 'first programme' and Lovelace's correspondence, alongside mathematical models, and contemporary illustrations, this book shows how Ada Lovelace, with astonishing prescience, explored key mathematical questions to understand the principles behind modern computing. 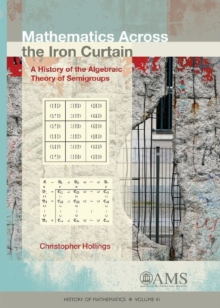 Mathematics across the Iron Curtain