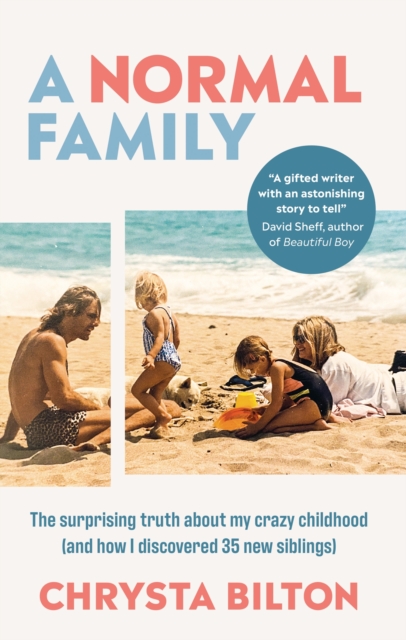 A Normal Family : The Surprising Truth About My Crazy Childhood (And How I Discovered 35 New Siblings) Hardback

ONE OF PEOPLE MAGAZINE'S BEST SUMMER READS 20225* 'A jaw-dropping memoir' - THE TELEGRAPH'One of the maddest memoirs you'll read this year... a beautiful, warm, funny book.' -The Times'A wholly absorbing page-turner that everyone will want to read.

You should probably buy two.' -Kirkus Starred Review'A riveting debut.' -People Magazine'By turns hilarious, wrenching, and achingly tender.' -Susan Orlean, New York Times bestselling author'A remarkable and wise book, two memoirs braided together with such tendresse that readers will come to believe the ironic title in earnest' -LA TIMES'Riveting and hilariously funny' - The TimesFor most of her life, Chrysta Bilton was one member of a small, if dysfunctional, family of four.

There was her sister, Kaitlyn, her hedonistic, glamorous, gay mum Debra, and Jeffrey, who Debra hand-picked, in an LA hairdressers, to be the father of her children.

During Chrysta's unstable childhood, Debra struggled to keep the family afloat and Jeffrey wandered in and out of their lives. Then, in her twenties, Chrysta discovered that her father had secretly donated his sperm over 500 times - and that she had at least 35 other siblings. A Normal Family is a captivating coming-of-age memoir about Chrysta's reckoning with the secrets both parents had carefully kept from her.

Heartfelt, warm and funny, it's a story of embracing the family we have, in all the forms we find it. 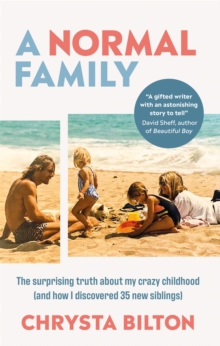