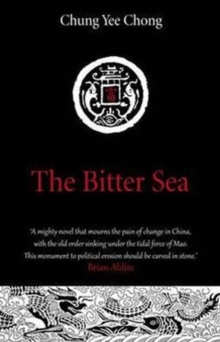 China. 1948. The Communist Party under Mao Tse Tung is amassing forces in the north, while the Kuomintang under Chiang Kai Shek ineffectually clings on to power with a depleted army in the south.

As the Fu family gather to celebrate the birthday of the Dowager, an unwelcome appearance by a stranger interrupts the proceedings and ushers in a series of events with tragic implications for the entire family. Set in the turbulent and unsettling period of the civil war in China, The Bitter Sea charts the disintegration of a prominent and influential family in Canton.

Unlikely and fateful alliances are formed, familial affinities compromised, personal ambitions thwarted and efforts to broker peace end in disenchantment, as members of the Fu family attempt to come to terms with crumbling social and political conditions. By drawing close parallels between the fate of a single family and that of the nation at large, the novel seeks to examine the divisive nature of politics and the devastating consequences of war.