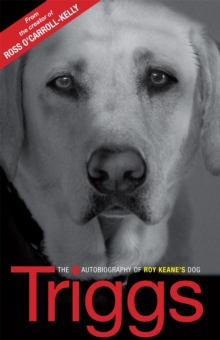 A loyal dog. Her infamous master. And the shocking truth about who was really walking whom. In a decade when Roy Keane was seldom out of the news - whether leading Manchester United to the Treble or telling Mick McCarthy to shove the World Cup up his bollocks on the Pacific island of Saipan - his adored Labrador Retriever Triggs was never far from his side. In this sensational account, the brilliant but illness-obsessed dog finally speaks out about what it was like to be a central player in the extraordinary drama of her master's life. Eight major trophies. A missed Champions League final. Player of the Year awards. Alfe-Inge Haaland. Drunken nights. Contract negotiations. Patrick Vieira. Prawn sandwiches. The explosive end to his relationships with Ireland and Manchester United. And Bob Dylan. Triggs was a witness to it all - and a far from silent one.

Her remarkable account is funny, frank and never less than one hundred and ten per cent faithful. 'This is no ordinary football autobiography. And it's not some saccharine-sweet love story about a man and his beloved pooch.

I was no Marley. And, God knows, Roy was no John Grogan.' Triggs 'Dogs don't talk s**t.' Roy Keane