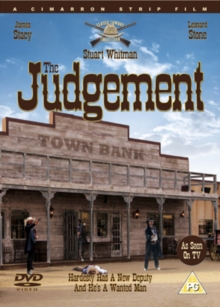 After the Hardesty bank refuses to cash trail boss Joe Bravo (James Stacy)'s $500 cheque, he takes over the bank with the help of his men, discovering the $100,000 in the vault.

Much to his men's dismay, Bravo refuses to steal the money and merely takes the $500 he came for.

They then travel to Cimarron where they are immediately arrested by Crown.

Realising it's his old pal Bravo (and with a full knowledge of his friend's wayward past) Crown sentences him to 90 days working as a Deputy in Hardesty in the hopes that he can turn him straight.

However, when crooked Judge Samuel Gilroy (Leonard Stone) finds out, he releases Bravo's men in the hope that they will cause trouble for him.

It is up to Bravo to now prove that he can be a man of the law and that Crown was right to believe in him.