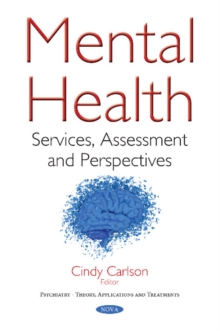 Research from health psychology and medical science has shown that a considerable number of cancer patients tend to rely on meaning while coping with stress caused by their illness.

Chapter One examines the relationships between meaning structures embedded in meaning in life and coping strategies, and mental adjustment among gastrointestinal cancer patients.

According to lifespan psychology, late adulthood is a period of substantial changes in the psychological life of human beings.

Chapter Two discusses the need to develop a dedicated psychological approach towards this age group, where the typical factors determining their mental functioning will be investigated and elaborated upon.

Chapter Three presents an approach to the psychoeducation of parents and siblings, combining Aggression Replacement Training and techniques for developing prosocial behavior.

This book concludes with Chapter Eight, a discussion on the complex treatment of dissociative disorder.