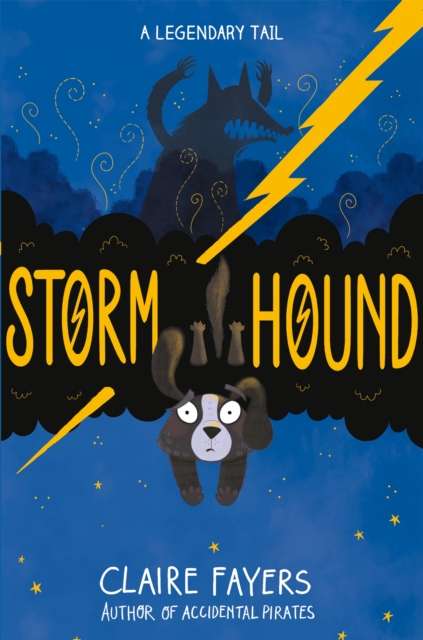 Myth becomes reality in the unlikeliest of places in the fast-paced and funny Storm Hound, winner of the Tir na n-Og award.

Storm of Odin is the youngest stormhound of the Wild Hunt that haunts lightning-filled skies. He has longed for the time when he will be able to join his brothers and sisters but on his very first hunt he finds he can't keep up and falls to earth, landing on the A40 just outside Abergavenny. Enter twelve-year-old Jessica Price, who finds and adopts a cute puppy from an animal rescue centre. And suddenly, a number of strange people seem very interested in her and her new pet, Storm. People who seem to know a lot about magic . . . Jessica starts to see that there's something different about her beloved dog and will need to work out which of her new friends she can trust. Claire Fayers' electrifying fourth adventure Storm Hound, will have you wondering what your dog can really do.