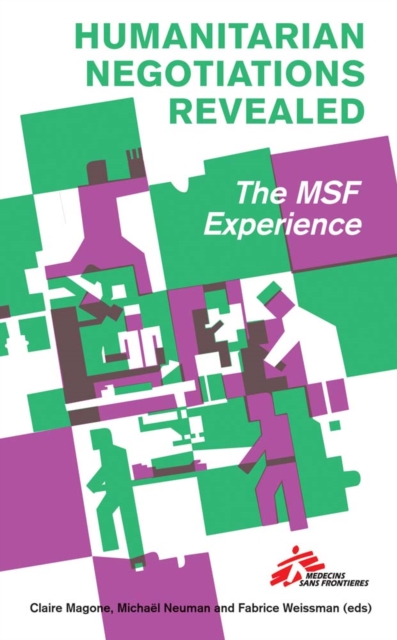 From international NGOs to UN agencies, from donors to observers of humanitarianism, opinion is unanimous: in a context of the alleged 'clash of civilizations', our 'humanitarian space' is shrinking.

Put in another way, the freedom of action and of speech of humanitarians is being eroded due to the radicalization of conflicts and to the reaffirmation of state sovereignty over aid actors and policies.

The purpose of this book is to challenge this assumption through the analysis of the events that have marked MSF's history since 2003 (when MSF published its first general work on humanitarian action and its relationships with governments).

It addresses the evolution of humanitarian goals, the resistance to these goals and the political arrangements that overcame this resistance (or that failed to do so).

The contributors seek to analyze the political transactions and balances of power and interests that allow aid activities to move forward, but that are usually masked by the lofty rhetoric of 'humanitarian principles'.

They focus on one key question: what is an acceptable compromise for MSF.

This book seeks to puncture a number of the myths that have grown up over the last forty years since MSF was founded and describes in detail how the ideals of humanitarian principles and 'humanitarian space' to operate in conflict zones are in reality illusory.

How in fact it is the grubby negotiations with varying parties, each of whom have their own vested interests, that may allow organisations such as MSF to operate in a given crisis situation -- or not