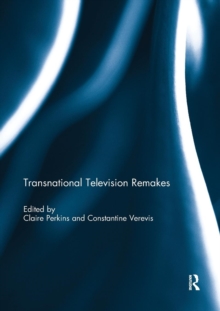 Providing a cross-cultural investigation of the current phenomenon of transnational television remakes, and assembling an international team of scholars, this book draws upon ideas from transnational media and cultural studies to offer an understanding of global cultural borrowings and format translation.

While recognising the commercial logic of global television formats that animates these remakes, the collection describes the traffic in transnational television remakes not as a one-way process of cultural homogenisation, but rather as an interstitial process through which cultures borrow from and interact with one another.

More specifically, the chapters attend to recent debates around the transnational flows of local and global media cultures to focus on questions in the televisual realm, where issues of serialisation and distribution are prevalent.

What happens when a series is remade from one national television system to another?

How is cultural translation handled across series and seasons of differing length and scope?

What are the narrative and dramaturgical proximities and differences between local and other versions?

How does the ready availability of original, foreign series shape an audience's reception of a local remake?

How does the rhetoric of 'Quality TV' impact on how these remakes are understood and valued?

In answering these and other questions, this volume at once acknowledges both the historical antecedents to transnational trade in broadcast culture, and the global explosion in, and cultural significance of, transnational television remakes since the beginning of the twenty-first century.

This book was originally published as a special issue of Continuum.