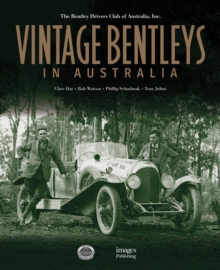 Vintage Bentleys were made by the original Bentley company between 1921 and 1931, when it was under the direction of the great man himself, Mr WO Bentley.

This book is the story of his cars that have come to Australia, of the enthusiasts who have owned them and of the club that was established to keep them running, and their stubborn determination to record the history of WOs in Australia before it disappears forever. Published by the Bentley Drivers Club of Australia, Vintage Bentleys in Australia also includes the history of the club and its members since it was founded in 1956.