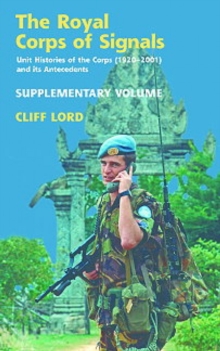 The Royal Corps of Signals : Unit Histories of the Corps (1920-2001) and its Antecedents - Supplementary Volume Paperback / softback

With the interest shown in The Royal Corps of Signals: Unit Histories of the Corps (1920-2001) and its Antecedents (Helion, 2003), it was decided to extend the work to include some of the principal Commonwealth Signal Corps, and to provide supplemental data regarding British Signals that has come to light since the original volume was published.

The emphasis is post Second World War so as not to rewrite the official histories already published.

A brief overview is also given of each country's Corps history, and illustrations of many of the unit's distinctive insignia are shown.

Supplementary information is included on Ceylon in the Second World War, and British Signal units that served in Northern and Southern Russia after the end of the First World War, Royal Engineer Signal Service Volunteers in 1918, and Air Formation Signals.

This collection of individual signal unit histories will not only be of interest to those that served in them and their families, but will assist researchers of military history.

Signals provide the nervous system of any army, and without good communications there can be no success on the battlefield.

More and more technology is determining the outcome of conflict.

More and more the importance of Signals is being understood.

The challenge of Information Technology is being accepted and integrated into the way signals do business, and in progressive Corps it is having a profound effect on the way they operate and think.

They are the silent elite. About the AuthorCliff Lord was a cipher operator in Britain's Royal Signals during the 1960s, serving in England and Germany and on active service in South Arabia.

He is Honorary Historian for the Royal New Zealand Corps of Signals.

Cliff is coauthor of numerous books and articles on military history.

The books include: Swift and Sure: A History of the Royal New Zealand Corps of Signals and Army Signalling in New Zealand, New Zealand Army Distinguishing Patches 1911-1991 (2 vols), The Armed Forces of Aden 1831-1967, ANZAC Elite: The Airborne& Special Forces Insignia of Australia & New Zealand, and The Royal Corps of Signals: Unit Histories of the Corps (1920-2001) and its Antecedents.

Cliff is a Team Leader at the Southern Cross Cable Network Operations Centre, Auckland, which is run by Telecom New Zealand. 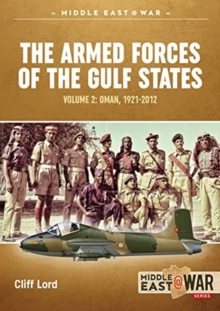 The Armed Forces of the Gulf States 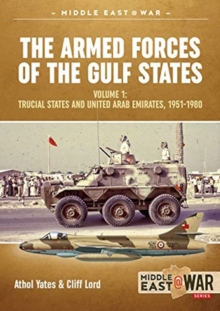 The Military and Police Forces of the... 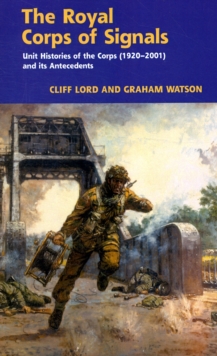 The Royal Corps of Signals 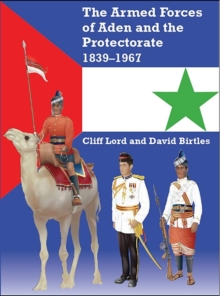 The Armed Forces of Aden and the...