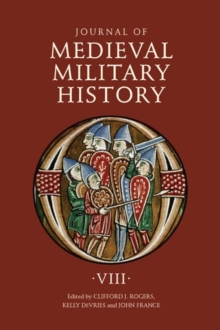 The journal's hallmark of a broad chronological, geographic, and thematic coverage of the subject is underlined in this volume.

It begins with an examination of the brief but fascinating career of an armed league of (mostly) commoners who fought to suppress mercenary bands and to impose a reign of peace in southern France in 1182-1184.

This is followed by a thorough re-examination of Matilda of Tuscany's defeat of Henry IV in 1090-97.

Two pieces on Hispanic topics - a substantial analysis of the remarkable military career of Jaime I "the Conqueror" of Aragon (r. 1208-1276), and a case study of the campaigns of a single Spanish king, Enrique II of Castile (r. 1366-79), contributing to the active debate over the role of open battle in medieval strategy - come next.

Shorter essays deal with the size of the Mongol armies that threatened Europe in the mid-thirteenth century, and with a surprising literary description, dating to 1210-1220, of a knight employing the advanced surgical technique of thoracentesis.

Further contributions correct the common misunderstanding of the nature of deeds of arms a outrance in the fifteenth century, and dissect the relevance of the "infantry revolution" and "artillery revolution" to the French successes at the end of the Hundred Years War. 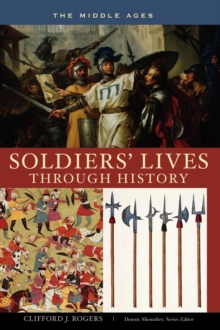