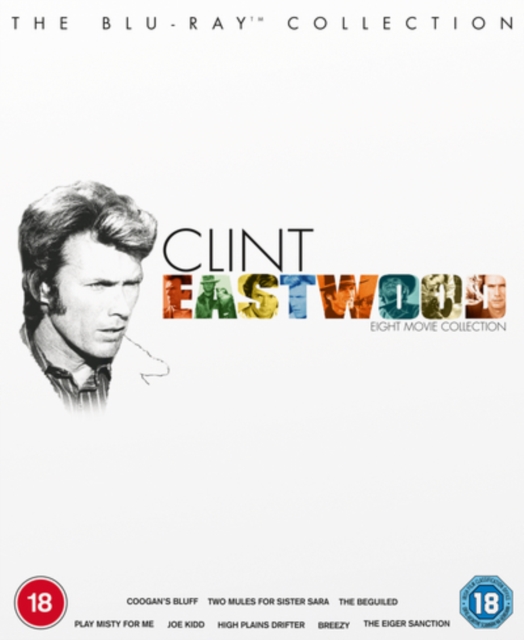 Box set of eight classic Clint Eastwood films. In 'Play Misty for Me' (1971) Dave Garland (Clint Eastwood) is a Californian DJ who runs a late night call-in show, and receives regular requests from a female caller for Erroll Garner's 'Misty'.

The fan, Evelyn Draper (Jessica Walter), turns out to be a maniacal stalker.

In the western 'High Plains Drifter' (1973) the unwelcome arrival of a stranger (Eastwood) in the town of Lagos causes resentment and fear among the locals.

However, when they come under threat from a band of escaped convicts, it is to the stranger that the townsfolk turn for salvation.

In 'The Beguiled' (1970), during the American Civil War, a wounded Union soldier (Eastwood) is taken in by the all-female staff of a Confederate Louisiana girls' school as their 'prize'.

However, the soldier cunningly plays the women off against each other, working on their sexual frustrations and biding his time until he can make an escape. 'Breezy' (1973) is an Eastwood-directed effort in which Breezy (Kay Lenz) is a teenage hippy hitchhiker taken advantage of by a ruthless rotter who wants to use her for sex.

She escapes in a remote area and meets kindly middle-aged man Frank Harmon (William Holden) whom she hopes will take her in.

Harmon is (rightfully) reluctant and his worst imaginable scenario comes true when the impressionable teen falls in love with him.

The film is scripted by renowned crime writer Elmore Leonard.

In 'Two Mules for Sister Sarah' (1969) a gold-digger (Eastwood) in old Mexico shows his fundamentally noble nature by saving a 'nun' (Shirley Maclaine) from being raped.

She turns out in fact to be a prostitute, and the odd couple team up, facing continual confrontation with the French forces.

The prisoner isn't ready to be transferred back to Arizona so Coogan cuts a few corners.

This helps the prisoner escape and, after Coogan clashes with the Sherrif McElroy (Lee J.

Cobb), he is ordered back to Arizona. In 'The Eiger Sanction' (1975) college lecturer Jonathan Hemlock (Eastwood) tops up his university paypacket by carrying out the occasional assassination.

His latest assignment involves joining a climbing expedition up the Eiger, identifying the Russian killer amongst the group, and then neutralising his threat. 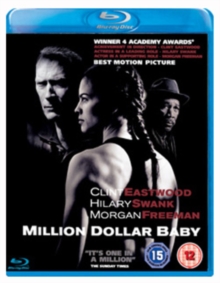