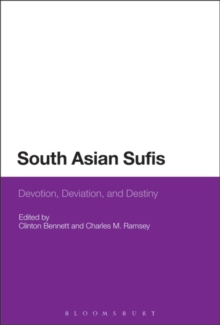 Often described as the soul of Islam, Sufism is one of the most interesting yet least known facet of this global religion.

Sufism is the softer more inclusive and mystical form of Islam.

Although militant Islamists dominate the headlines, the Sufi ideal has captured the imagination of many.

Nowhere in the world is the handprint of Sufism more observable than South Asia, which has the largest Muslim population of the world, but also the greatest concentration of Sufis.

This book examines active Sufi communities in Pakistan, India, and Bangladesh that shed light on the devotion, and deviation, and destiny of Sufism in South Asia.

Drawn from extensive work by indigenous and international scholars, this ethnographical study explores the impact of Iran on the development of Sufi thought and practice further east, and also discusses Sufism in diaspora in such contexts as the UK and North America and Iran's influence on South Asian Sufism.