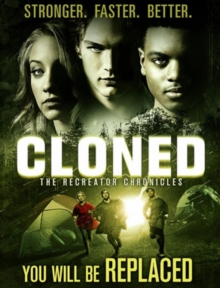 When a storm hits during their camping trip on Brewster Island, Craig (Alexander Nifong), Tracy (Stella Maeve) and Derek (J.

What they don't know is that this house is the site of an experimental cloning facility.

Soon, they are met by three identical clones of themselves who initially seem benevolent, but are they really as friendly as they seem?