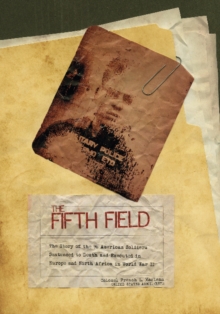 Fifth Field: The Story of the 96 American Soldiers Sentenced to Death and Executed in Eure and North Africa in World War II Hardback

Unnamed Graves, a Secret Cemetery, Files Closed to the Public and Stored in "The Vault." During World War II, in the North African/Mediterranean and European Theaters of Operation, 96 American soldiers were convicted by Army General Courts-Martial and executed for desertion, murder and rape.

The executions were not ad hoc killings. General Eisenhower, or another theater commander, approved every proceeding, but the Army did not trumpet the crimes.

After the war, the Army searched for a suitable site to inter the remains of all 96 men.

It chose a plot of land adjacent to a but technically outside of a the World War I American cemetery of Oise-Aisne.

The area is separated from the main cemetery by a high stone wall, concealed from view, and is closed to casual visitors.

Called "Plot E" by the staff, others refer to it as "The Fifth Field." The judicial files on the 96 were even harder to find a until now.