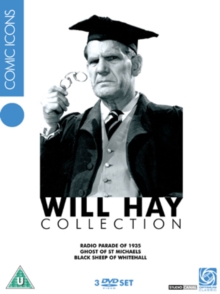 Triple bill of comedies starring Will Hay. 'Radio Parade of 1935' (1934) was one of the first screen outings for Hay.

He plays the Director General of the National Broadcasting Group (NBG) who hides away in his office unaware that the general feeling about his programming is that it is too high-brow and the public are not happy.

However, when he discovers this he decides to take action and promotes Jimmy, his Head of the Complaints Department, to Programme Director.

Jimmy decides that a series of variety spectaculars are what the public want and sets about hiring the acts.

But obstacles are put in his way and he discovers that the NBG has its own cluster of wannabe variety stars.

In 'The Ghost of St Michaels' (1941), the outbreak of the Second World War results in the boys' school of St Michaels relocating to Dubain Castle on the Isle of Skye.

The new schoolmaster (Hay) scoffs at the legends of a ghostly piper which haunts the castle - until two headmasters come to a grisly end.

Who will become the next victim of the phantom piper?

In 'The Black Sheep of Whitehall' (1942), Hay plays Professor Davis, the intrepid head of a correspondence college.

Davis gets wind of the fact that a Nazi spy has infiltrated an economic delegation with the intent of undermining attempts to reach a trade agreement between Great Britain and certain South American countries.

The effort to expose the dastardly fellow sees Hay adopt various disguises in a steady onslaught of mistaken-identity comedy. 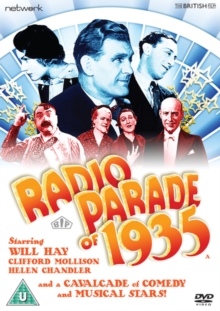 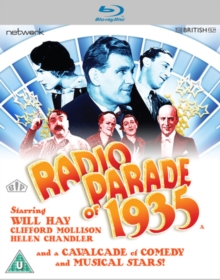