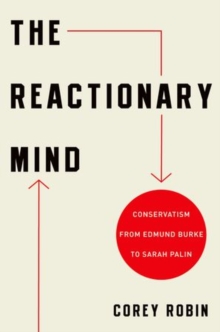 What is conservatism today? And what is its lineage? In The Reactionary Mind, political scientist Corey Robin (author of the acclaimed and prize-winning Fear: The History of a Political Idea) makes a strikingly bold claim about the right's political and intellectual foundations.

Robin contends that from the eighteenth century through today, the right has been united by a defense of inequality and privilege and by a deep hostility to all forms of progressive politics.

While mindful of differences within the right, and of change across time, Robin insists upon the unifying themes of the "counterrevolutionaryexperience"-the defense of rule in the face of movements demanding freedom and equality.

The variation on the right that one sees, Robin claims, is as much a product of tactical adjustment as anything else.

The right has always learned from the left. Abhorring stasis, it has opted for a dynamic conceptionof society, involving struggle, violence, and war.

This capacity for reinvention and partiality to violence has been crucial to its continued vitality.