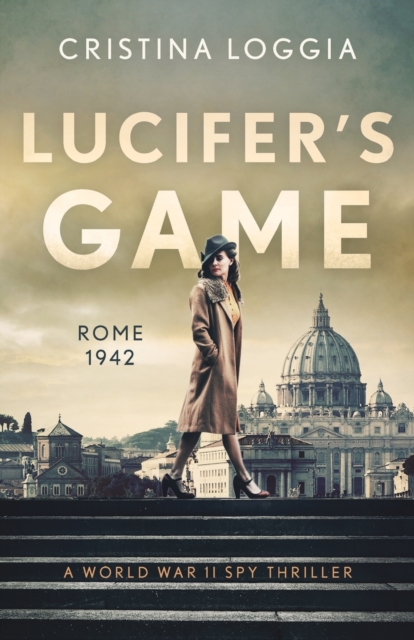 Spies, military secrets, and a personal crusade for freedom...

Cordelia Olivieri is a young, determined hotel owner desperate to escape Mussolini's racial persecution. But as Fascist leaders gather in Rome, Cordelia is suddenly surrounded by the world's most ruthless and powerful commanders.

In an effort to keep her Jewish heritage a secret and secure safe passage out of Italy, Cordelia forms a dangerous alliance with the British army who want to push the Axis out of North Africa once and for all.

Going undercover, Cordelia begins obtaining and leaking military intelligence to a British agent, hoping the intel will secure her freedom. But the more Cordelia uncovers, the greater the risks - especially for one handsome German Afrika Korps officer.

How far must Cordelia go to protect her identity and secure passage out of Rome?

Cristina Loggia started her career as a newspaper reporter for L'Eco di Biella and La Provincia di Biella, in Piedmont, Italy. After a spell running the press office of an MP, she moved to London, where she worked for several years as a public affairs and media relations professional, advising major multinational corporations on communications campaigns. Cristina read English Literature and Foreign Languages at the Catholic University of Milan, Italy. Writing and reading have always been her greatest passion. Lucifer's Game is her first fiction novel. She currently lives with her husband in Berkshire, United Kingdom.