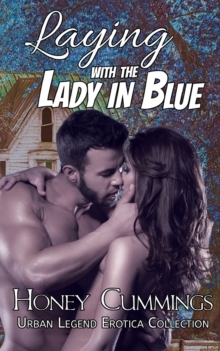 Laying with the Lady in Blue Paperback

Mark Wilder checks into a rather famous local haunted bed and breakfast, not far from his college dorm in Indianapolis. This isn't some quaint vacation after finals, but an attempt to win a bet currently sitting at a few thousand bucks. Mark isn't a paranormal buff, nor investigator, and certainly a skeptic about ghosts. Just maybe they hired a hot chick to play the part, and he'll have the best weekend of his life or thank the person who texted him the pictures of his ex-girlfriend screwing the football quarterback in this very same B&B.

Jane Story and her husband lived a good life, establishing the town of Story shortly after the Great Depression. Despite that, she found herself stuck haunting their former home turned B&B. Alone and unsatisfied, she's been leaving a trail of blue balls since the college boys started showing up in her room to invoke her for a night of sex. Smoking her pipe of cherry tobacco, she sits there, waiting for the next victim to roll in.