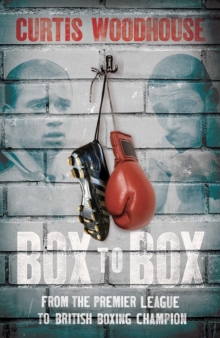 Box to Box : From the Premier League to British Boxing Champion Hardback

'Even by boxing's standards, Curtis Woodhouse's story is truly remarkable' Ricky Hatton 'As brutally honest as it is gripping, amusing and illuminating' Donald McRae 'A pulsating page-turner of a book' Mail on Sunday The football world is filled with stories of talented young footballers who have thrown it all away before drifting into obscurity.

Similarly, the tale of an ageing boxer who won the title against the odds is so familiar it has become a cliche.

But put the two stories together and you've got something special: wasted footballers simply don't become boxing champions - at least they didn't before Curtis Woodhouse. Woodhouse had been destined for greatness. At the age of 17 he made his debut for his local club, Sheffield United, and quickly went from earning GBP42 a week to GBP4000 a week.

Suddenly he felt like a rock star, and began living like one - which didn't help his football.

Initially, there wasn't a problem, and he earned four England Under-21 caps, playing alongside the likes of Steven Gerrard and Frank Lampard.

As his drinking increased and he began getting involved in fights, he was sold to Birmingham City at 20 and saw his wages double - but so did his problems.

After a brawl, he was sentenced to 250 hours' community service, and when he finally reached the Premier League he ended up playing against Liverpool while still drunk.

He'd fallen out of love with the game. After another transfer, manager Barry Fry suggested he take up boxing to provide an outlet for his anger, and a new passion was born. While still playing football, he became determined to make it as a boxer, and endured a long, hard battle to develop the skills to give him a chance, and in September 2006 he made his professional debut.

With his father on his deathbed, Woodhouse made a promise: he would win a British title.

On 22 February 2014, he got his chance against Darren Hamilton - 'I knew I wouldn't lose.' Packed with brilliant stories and searingly honest insight, Box to Box shows how anyone can achieve their dreams - if they work hard enough. 'This tale...will have you teary one moment and in fits of laughter the next.

A must read' Daily Star 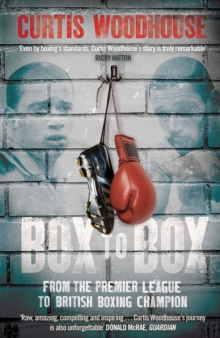