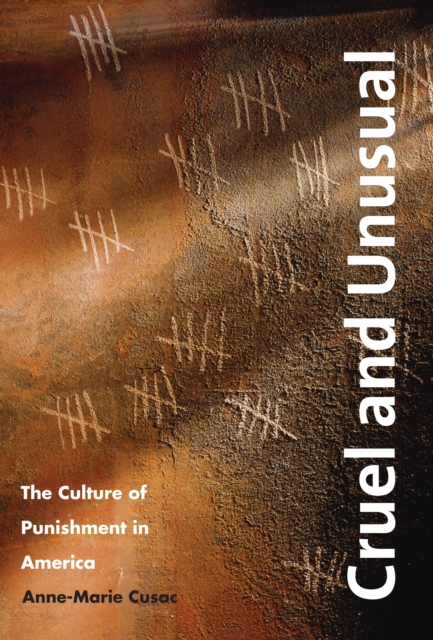 Cruel and Unusual : The Culture of Punishment in America EPUB

The statistics are startling. Since 1973, America’s imprisonment rate has multiplied over five times to become the highest in the world. More than two million inmates reside in state and federal prisons. What does this say about our attitudes toward criminals and punishment? What does it say about us?

This book explores the cultural evolution of punishment practices in the United States. Anne-Marie Cusac first looks at punishment in the nation’s early days, when Americans repudiated Old World cruelty toward criminals and emphasized rehabilitation over retribution. This attitude persisted for some 200 years, but in recent decades we have abandoned it, Cusac shows. She discusses the dramatic rise in the use of torture and restraint, corporal and capital punishment, and punitive physical pain. And she links this new climate of punishment to shifts in other aspects of American culture, including changes in dominant religious beliefs, child-rearing practices, politics, television shows, movies, and more.

America now punishes harder and longer and with methods we would have rejected as cruel and unusual not long ago. These changes are profound, their impact affects all our lives, and we have yet to understand the full consequences.