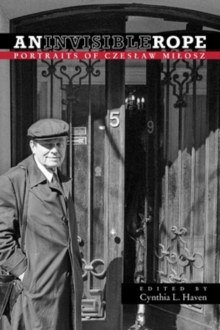 Czeslaw Milosz (1911-2004) often seemed austere and forbidding to Americans, but those who got to know him found him warm, witty, and endlessly enriching.

An Invisible Rope: Portraits of Czeslaw Milosz presents a collection of remembrances from his colleagues, his students, and his fellow writers and poets in America and Poland. Milosz's oeuvre is complex, rooted in twentieth-century eastern European history.

A poet, translator, and prose writer, Milosz was a professor at the University of California, Berkeley, from 1961 to 1998.

In 1980 he was awarded the Nobel Prize in Literature. The earliest in this collection of thirty-two memoirs begins in the 1930s, and the latest takes readers to within a few days of Milosz's death.