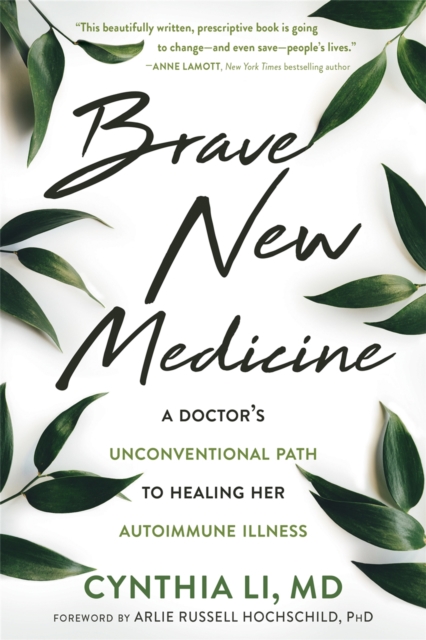 In this revelatory memoir, doctor Cynthia Li shares the truth about her struggle with a disabling autoimmune illness, the limitations of Western medicine, and what sufferers need to know to truly begin healing-mind, body, and spirit. Cynthia Li had it all: a successful career in medicine, a loving marriage, children on the horizon.

But it all came crashing down when, within months of having her first child, she developed mysterious symptoms that baffled her doctors.

After two years of "normal" test results with no relief from Western medicine, Li was no longer well enough to practice.

Her quest for health became a solo odyssey-she had to find a way to heal herself. Brave New Medicine details the disabling autoimmune crisis that forced Li to question her own medical training and embrace the integrative principles of functional medicine to unlock her body's innate healing capacity .

With the insight of an MD who was able to dissect and heal the root causes of her own autoimmune illness-one that conventional medicine said was incurable and irreversible-Li relates her story, including the emotional and spiritual shifts that occurred while investigating her true self, beyond illness and the conditions of the body. Millions of people are affected by chronic health conditions in the United States.

But while issues such as chronic fatigue syndrome (CFS/ME) and fibromyalgia are receiving more and more attention, patients struggling with these mysterious autoimmune conditions are still dismissed by doctors and scientists in the established medical community.

This is the harsh reality that doctor-turned- "difficult patient" Li faced firsthand when she developed autoimmune thyroiditis and chronic hypothyroidism (or Hashimoto's). Drawing on ancient healing arts, cutting-edge science, evolutionary biology, and the power of laughter and pleasure, this memoir offers support, validation, and a new perspective for anyone dealing with chronic illness or another health crisis.

By sharing her own autoimmunity struggle, Li reveals the insider knowledge you need to start your own healing journey. 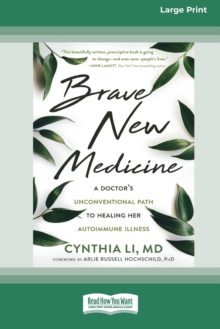