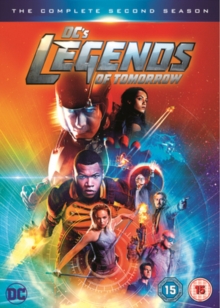 All 17 episodes from the second season of the US action drama based on the DC Comics heroes.

Having defeated immortal dictator Vandal Savage, the team of superheroes and villains reassemble to protect the Earth from more impending disasters.