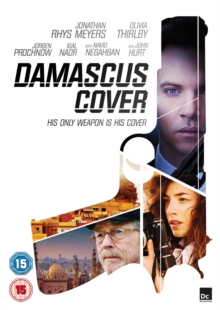 Israeli spy Ari Ben-Sion (Rhys Meyers) is tasked with smuggling a scientist out of Damascus after a number of agents are compromised in the failed extradition attempt of a former mole.

However, Ari comes to realise he is merely a pawn in a much bigger game after discovering he is being used to track down a spy known as The Angel.