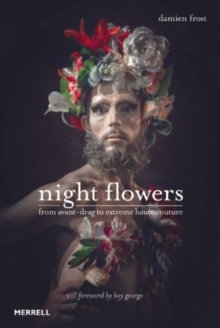 It is a familiar sight late night in the centers of major cities like London and New York: the rush of people sneaking drunken kisses and fumbling exchanges before stumbling home.

But travelling the opposite direction there is a select few who only come out after midnight.

The 'Night Flowers' is an affectionate term that encompasses the loose-knit society of drag kings and queens, club kids, alternative-queer, transgender, goths, fetishists, cabaret and burlesque performers who bloom at night and burn brightly under the neon lights of central London.These portraits are the result of a project begun by Damien Frost in early 2014 where he went out every night to wander the streets of London in search of its most colourful inhabitants.

In so doing, Damien first stumbled across the world of the 'Night Flowers' and he began documenting the people and their wild array of looks and creative expresssion.For the most part, the photographs are incidental portraits taken after chance encounters on the streets, down dark alleys or backstage in a club and often in cramped and crowded circumstances - the poise and grace of the subjects belying the quizzical looks or comments or event taunts thrown at them by passers-by. Damien's photographs reveal a massive array of artists, dancers, designers, performers and others who were turning themselves into an ephemeral artwork that would last for a few hours at most.