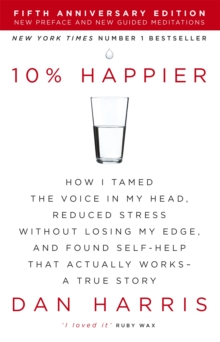 10% Happier : How I Tamed the Voice in My Head, Reduced Stress Without Losing My Edge, and Found Self-Help That Actually Works - A True Story Paperback / softback

*As heard on the Tim Ferriss Show podcast*#1 New York Times bestseller and winner of the 2014 'Inspirational Memoir' category at the Living Now book awards. 10% HAPPIER is a spiritual book written for - and by - someone who would otherwise never read a spiritual book.

This fifth anniversary edition features a new preface and new guided meditations from his favourite teachers, including Joseph Goldstein and Sharon Salzberg. After having a nationally televised panic attack, Harris knew he had to make some changes.

A lifelong non-believer, he found himself on a bizarre adventure and realised that the sources of his problems was the very thing he always thought was his greatest asset: the incessant, insatiable voice in his head, which had propelled him through the ranks of a hyper-competitive business, but had also led him to make the profoundly stupid decisions that provoked his on-air freak-out.

What happened next was completely unforeseen. Through a strange series of events - Harris stumbled upon something that helped him tame the voice in his head: meditation.

At first, he was deeply suspicious, but when confronted with mounting scientific evidence that just a few minutes a day can literally rewire the brain for focus, happiness and reduced reactivity, Harris took a deep dive.

He became a daily meditator, and even found himself on a ten-day, silent meditation retreat. 10% Happier is a narrative account of Dan's conversion amid the harried and decidedly non-Zen world of the newsroom and concludes with a section for the beginner on how to get started. 'I loved it' - Ruby Wax'A wonderful book and excellent advice.' - Andy Puddicombe, founder of Headspace'An enormously smart, clear-eyed, brave-hearted, and quite a personal look at the benefits of meditation' - Elizabeth Gilbert, author of Eat Pray Love 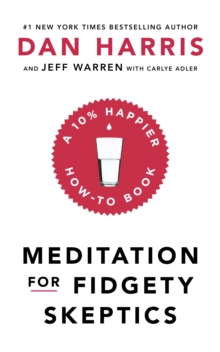 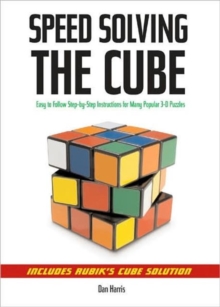 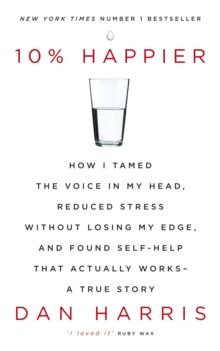 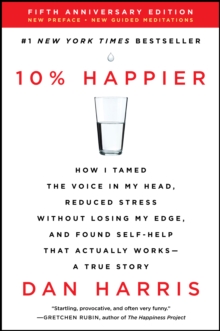