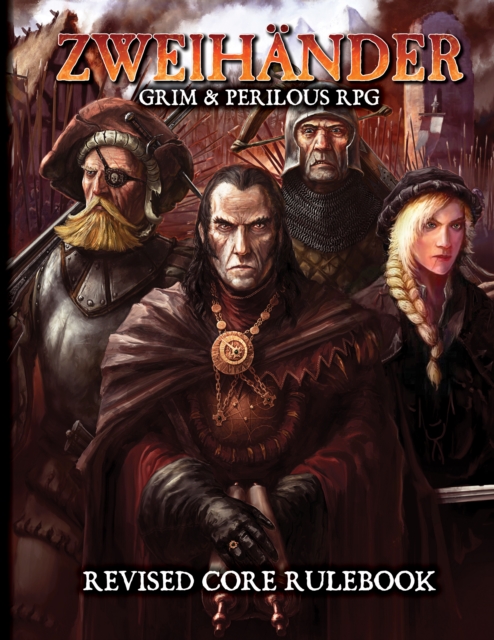 Powered by HTML, this Zweihander eBook edition is published with a nuanced reflowable document layout. It includes:

This digital format differs from standard fixed layouts and PDFs. We highly suggest users download a sample before purchasing.

Featured on Forbes.com, ranked one of the best-selling fantasy tabletop role-playing games at DriveThruRPG, and having sold over 90,000 copies worldwide, ZWEIHNDER Grim & Perilous RPG is a bloodier, grimmer, and grittier version of classical tabletop role-playing games. This revised edition is published in celebration with Andrews McMeel Publishing and features a refreshed layout, new artwork, rules clarifications, color plates by Dejan Mandic, and errata.

ZWEIHNDER Grim & Perilous RPG is a game where your characters will:Using the Powered By ZWEIHNDER d100 game engine, you will create grim characters, write perilous adventures, and build your own low fantasy & dark fantasy campaigns. These rules are a perfect fit for Renaissance and medieval-styled adventures, too. You can also use this book to create your own home-brewed worlds, whether inspired by the works of Andrzej Sapkowski's The Witcher, George R.R. Martin's Game of Thrones, Glen Cook's Black Company, Myke Cole's The Armored Saint, Robert E. Howard's Solomon Kane, Scott Lynch's Gentlemen Bastard series, or other grimdark-inspired media.

This all-in-one game includes most of what you need to play: a character creation guide, game mastery rules, and a bestiary brimming with creatures both fair & foul. All that's left are a few friends, pencils, and a handful of dice.

ZWEIHNDER Grim & Perilous RPG awaits, and the fate of your grim & perilous tale hangs in the balance! 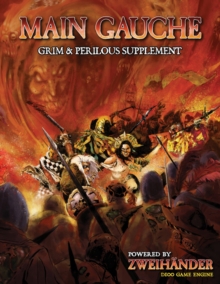 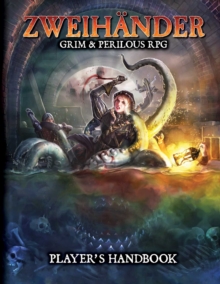 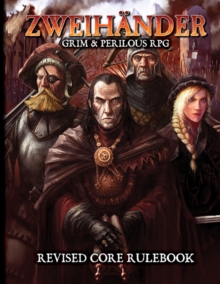