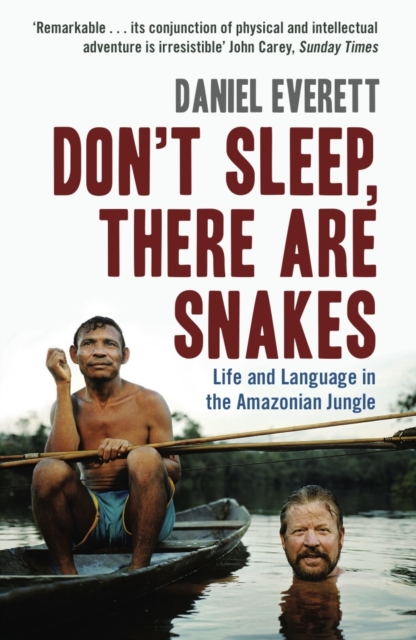 Don't Sleep, There are Snakes : Life and Language in the Amazonian Jungle Paperback / softback

by Daniel (Dean of Arts and Sciences at Bentley University) Everett

Although Daniel Everett was a missionary, far from converting the Pirahas, they converted him.

He shows the slow, meticulous steps by which he gradually mastered their language and his gradual realisation that its unusual nature closely reflected its speakers' startlingly original perceptions of the world. Everett describes how he began to realise that his discoveries about the Piraha language opened up a new way of understanding how language works in our minds and in our lives, and that this way was utterly at odds with Noam Chomsky's universally accepted linguistic theories.

The perils of passionate academic opposition were then swiftly conjoined to those of the Amazon in a debate whose outcome has yet to be won.

Everett's views are most recently discussed in Tom Wolfe's bestselling The Kingdom of Speech. Adventure, personal enlightenment and the makings of a scientific revolution proceed together in this vivid, funny and moving book.