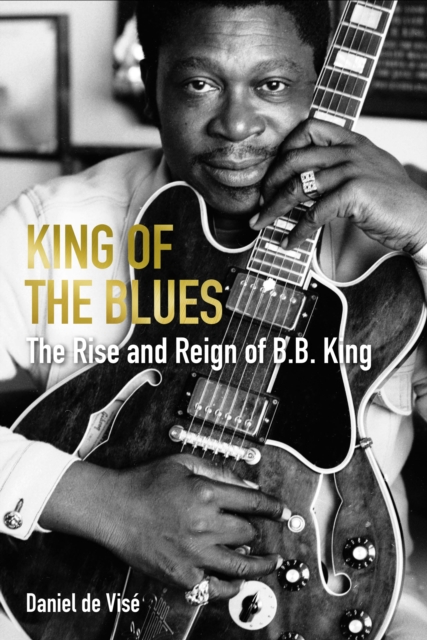 King of the Blues : The Rise and Reign of B. B. King Hardback

'Without a doubt the most important artist the blues has ever produced' Eric Clapton'No one did more to spread the gospel of the blues' President Barack Obama'One part of me says, "Yes, of course I can play." But the other part of me says, "Well, I wish I could just do it like B.B.

Wrenched away from his sharecropper father, B.B. lost his mother at age ten, leaving him more or less alone.

Music became his emancipation from exhausting toil in the fields.

Inspired by a local minister's guitar and by the records of Blind Lemon Jefferson and T-Bone Walker, B.B. taught his guitar to sing in the unique solo style that, along with his relentless work ethic and humanity, became his trademark.

In turn, generations of artists claimed him as inspiration, from Jimi Hendrix and Eric Clapton to Carlos Santana and the Edge. King of the Blues presents the vibrant life and times of a trailblazing giant.

Witness to dark prejudice and lynching in his youth, B.B. performed incessantly (more than fifteen thousand concerts in ninety countries over nearly sixty years) - in some real way his means of escaping his past.

His career roller-coasted between adulation and relegation, but he always rose back up.

At the same time, his story reveals the many ways record companies took advantage of artists, especially those of colour. Daniel de Vise has interviewed almost every surviving member of B.B.

King's inner circle - family, band members, retainers, managers and more - and their voices and memories enrich and enliven the life of this Mississippi blues titan, whom his contemporary Bobby 'Blue' Bland simply called 'the man.'