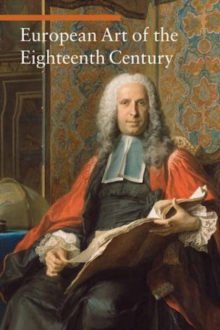 This latest volume in the acclaimed "Art through the Centuries Series" explores the most important and influential artists and artistic concepts of the eighteenth century.While the Baroque style had dominated the previous century, a new sensibility - the Rococo - emerged during the early 1700s.

The Rococo style, characterized by delicately curving forms, pastel colour, and a lighthearted mood began in French architectural and interior design and was popularized by artists such as Antoine Watteau and Francois Boucher.The second half of the century, spurred on by excavations and discoveries at Pompeii and Herculaneum, saw a return to Classical Greek and Roman models which matured into the Neoclassical style exhibited by Antonio Canova and Jacques-Louis David.