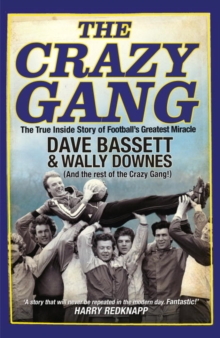 'If we can sell Newcastle Brown to Japan, and if Wimbledon can make it to the First Division, there is surely no achievement beyond our reach.' Margaret ThatcherThe Crazy Gang is the story of a football miracle.

Promoted to the Football League in 1977, Wimbledon FC was a small team from south London that against the odds went all the way to the top of the First Division, then to win the FA Cup, in only just over a decade.

With no money, scant resources and a blend of youth players and offcuts from other clubs, they were christened 'Rag-Arse Rovers'.

They played hard on the pitch and partied hard off it. Dave 'Harry' Bassett was the manager who drilled a fierce fighting spirit into his players, an unbreakable team ethos, but he was also an underrated master tactician and pioneer of innovative training methods.

Wally Downes was the midfield fulcrum of the Dons, but also the ringleader for the various acts of debauchery and general silliness that earned the club their reputation. In The Crazy Gang, Harry and Wally are joined by a host of former Wimbledon players and staff, both famous names like Vinnie Jones, Lawrie Sanchez and Dave Beasant, but also unsung heroes in the club's history, to tell it as it really was.

This is real football, the way fans remember it, and a world away from multimillionaire Premier League primadonnas. 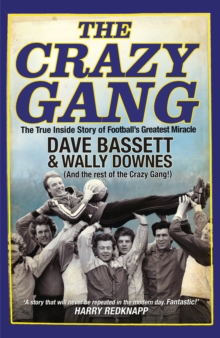 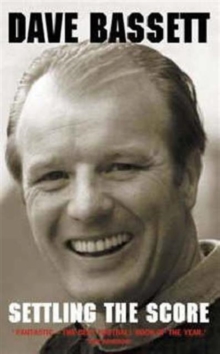