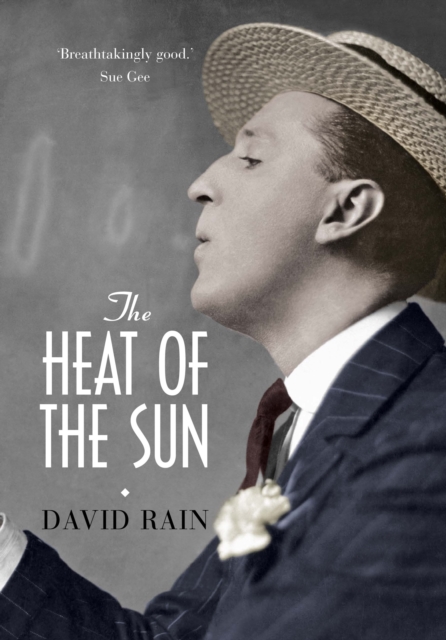 The Heat of the Sun Paperback / softback

When recently orphaned Woodley Sharpless encounters Ben Pinkerton - known to all as 'Trouble' - for the first time at the exclusive Blaze Academy, he is instantly enraptured.

They are polar opposites; Ben is exotic and daring; Woodley is bookish and frail, yet their lives quickly become inextricable intertwined.

First at school, then in the staccato days of twenties New York, Woodley sees flashes of another person in his friend and slowly discovers a side of Ben's nature that belies a dark and hidden history.

Over the coming years, through depression and warfare, change in both their lives, their relationship and their suffering, stand for a generation; one dispersed by depression and upheaval, brutality and confusion.

David Rain's The Heat of the Sun, is an ambitious and assured novel that captures perfectly two friends, two loves: two lives.