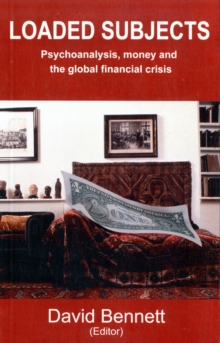 Contributors to this book investigate issues as diverse as: the century-old divorce between psychological and economic explanations of human behaviour and current efforts to repair it; the gender-politics, ethics and psychology of economists' attempts to explain today's rolling crisis in money markets; psychoanalytic theories of financial investment, risk and the 'jouissance' of devastating loss; the rise and cataclysmic fall of Bernie Madoff's Ponzi scheme; the squandering of fortunes on rubbishy art in times of financial crisis; the attraction of Deleuzian speculation versus Freudian investment; the nexus between political economy and libidinal economy; the mystifying effects of treating 'the market' as a subject capable of 'speaking', 'reacting' and 'punishing'; and the fate of desire in postmodern, hyper-commoditised culture.