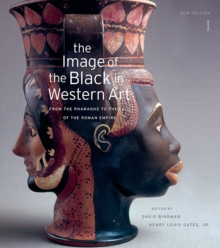 The Image of the Black in Western Art, Volume I: From the Pharaohs to the Fall of the Roman Empire : New Edition Hardback

In the 1960s, art patron Dominique de Menil founded an image archive showing the ways that people of African descent have been represented in Western art.

A half-century later, Harvard University Press and the Du Bois Institute are proud to publish a complete set of ten sumptuous books, including new editions of the original volumes and two additional ones. The new edition of From the Pharaohs to the Fall of the Roman Empire offers a comprehensive look at the fascinating and controversial subject of the representation of black people in the ancient world.

Classic essays by distinguished scholars are aptly contextualized by Jeremy Tanner's new introduction, which guides the reader through enormous changes in the field in the wake of the "Black Athena" story.