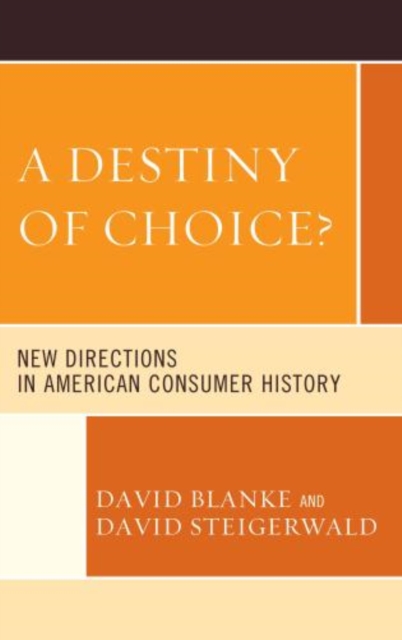 In the twentieth century, Americans thought of the United States as a land of opportunity and equality.

To what extent and for whom this was true was, of course, a matter of debate, however especially during the Cold War, many Americans clung to the patriotic conviction that America was the land of the free.

At the same time, another national ideal emerged that was far less contentious, that arguably came to subsume the ideals of freedom, opportunity, and equality, and that eventually embodied an unspoken consensus about what constitutes the good society in a postmodern setting.

This was the ideal of choice, broadly understood as the proposition that the good society provides individuals with the power to shape the contours of their lives in ways that suit their personal interests, idiosyncrasies, and tastes.

By the closing decades of the century, Americans were widely agreed that theirs was-or at least should be-the land of choice. In A Destiny of Choice?, David Blanke and David Steigerwald bring together important scholarship on the tension between two leading interpretations of modern American consumer culture.

That modern consumerism reflects the social, cultural, economic, and political changes that accompanied the country's transition from a local, producer economy dominated by limited choices and restricted credit to a national consumer marketplace based on the individual selection of mass-produced, mass-advertised, and mass-distributed goods.

This debate is central to the economic difficulties seen in the United States today.