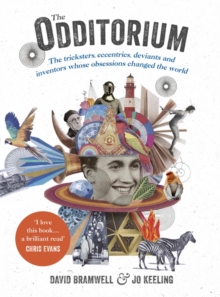 The Odditorium : The tricksters, eccentrics, deviants and inventors whose obsessions changed the world Hardback

'I LOVE THE BOOK... A BRILLIANT READ' Chris Evans, Radio 2 Breakfast ShowALSO OUT NOW: THE MYSTERIUM, the must-have follow-up to The Odditorium'This book, that I approached with caution, turns out to be magnificent.

Tested it with the Moondog entry. Passed A+' Danny Baker, Radio 5LiveA CELEBRATION OF CURIOSITY AND OBSESSIONStep into a world of gloriously unpredictable characters such as Ivor Cutler, Quentin Crisp, Joe Orton, Reginald Bray, Ken Campbell, Screaming Lord Sutch, Sun Ra, Buckminster Fuller, Timothy Leary and Ayn Rand. The Odditorium is a playful re-telling of history, told not through the lens of its victors, but through the fascinating stories of a wealth of individuals who, while lesser-known, are no less remarkable. Throughout its pages you'll learn about the antics and adventures of tricksters, eccentrics, deviants and inventors.

While their stories range from heroic failures to great hoaxes, one thing unites them - they all carved their own path through life.

Each protagonist exemplifies the human spirit through their dogged determination, willingness to take risks, their unflinching obsession and, often, a good dollop of eccentricity. Learn about Reginald Bray (1879-1939), a Victorian accountant who sent over 30,000 singular objects through the mail, including himself; Muriel Howorth (1886-1971), the housewife who grew giant peanuts using atomic energy; and Elaine Morgan (1920-2013), a journalist who battled a tirade of prejudice to pursue an aquatic-based theory of human evolution, which is today being championed by David Attenborough.

While many of us are content to lead a conventional life, with all of its comfort and security, The Odditorium reminds us of the characters who felt compelled to carve their own path, despite risking ostracism, failure, ridicule and madness.

Outsider artists, linguists, scientists, time travellers and architects all feature in The Odditorium, each of whom risked ostracism, ridicule and even madness in pursuit of carving their own esoteric path, changing the world in wonderful ways. 'BRAMWELL CLEARLY HAS AN EYE FOR THE ODDBALL AND ARCANE' The Guardian

Also by David Bramwell   |  View all 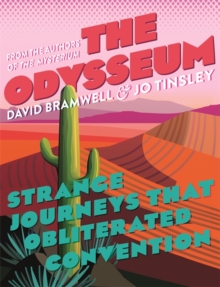 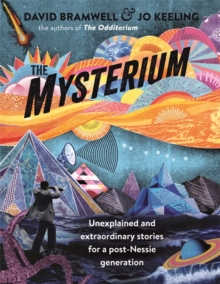 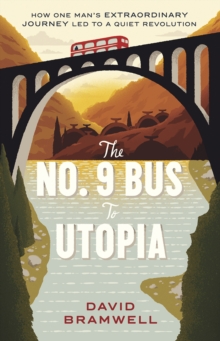 The No.9 Bus to Utopia 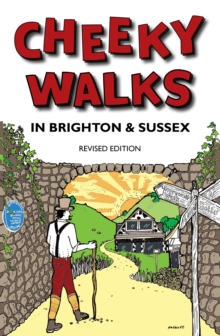