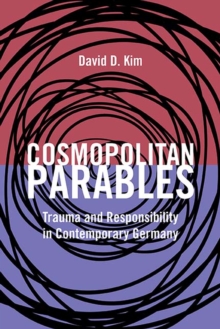 Cosmopolitan Parables explores the global rise of the heavily debated concept of cosmopolitanism from a unique German literary perspective.

Since the early 1990s, the notion of cosmopolitanism has acquired a new salience because of an alarming rise in nationalism, xenophobia, migration, international war, and genocide.

This uprising has transformed how artists and scholars within every geopolitical context assess the power of an international civil society, resulting in a moral obligation to unite regardless of cultural background, religious affiliation, or national citizenship.

It rejuvenates an ancient yet timely framework within which contemporary political crises are to be overcome, especially after the collapse of communist states and the intersection of postwar and postcolonial trajectories.

G. Sebald - joined by their own harrowing experiences and stunning entanglements of Holocaust memory, postcolonial responsibility, and communist legacy. This bold new study is the first of its kind, interrogating transnational memories of trauma alongside globally shared responsibilities for justice.

More important, it addresses the question of remembrance - whether the colonial past or the postwar legacy serves as a proper foundation upon which cosmopolitanism is to be pursued in today's era of globalization. 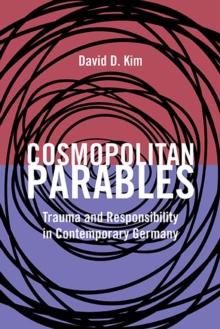