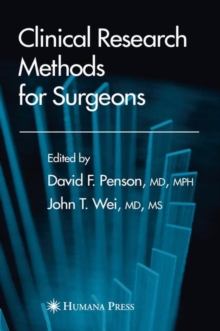 With his keen analytical mind and penchant for organization, Charles Darwin would have made an excellent clinical investigator.

Unfortunately for surgery, his early exposure at Edinburgh to the brutality of operations in 1825 convinced him to reject his father's plan for his career and pursue his interest in nature.

His subsequent observations of how environmental pressures shaped the development of new species provided the essential mechanism to explain evolution and the disappearance of those species that failed to adapt.

Today, surgeons face the same reality as new technology, progressive regulation by government and payers, medico-legal risks, and public demands for proof of performance force changes in behavior that our predecessors never imagined.

We know that surgeons have always prided themselves on accurate documentation of their results, including their complications and deaths, but observational studies involving a single surgeon or institution have given way to demands for controlled interventional trials despite the inherent difficulty of studying surgical patients by randomized, blinded techniques.

That is why this book is so timely and important. In a logical and comprehensive approach, the authors have assembled a group of experienced clinical scientists who can demonstrate the rich variety of techniques in epidemiology and statistics for reviewing existing publications, structuring a clinical study, and analyzing the resulting data.