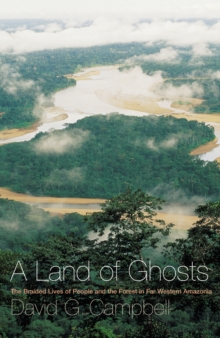 A Land Of Ghosts Hardback

For thirty years David Campbell has been conducting ecological studies in the Brazilian Amazon.

It is a place of extraordinary abundance: in the eighteen hectares of rainforest Campbell has studied are 20,000 individual trees of about 2,000 species - three times as many species of trees as there are in all of North America. And each tree is an ecosystem in itself, bearing fungi, lichens, mosses, reptiles, mammals, birds, spiders, scorpions, beetles and uncountable legions of insects.

Campbell knows each tree on his study sites as an individual.

River of Light is the story of the Amazonian rainforest of Brazil, its flora and fauna, and of the people who try to live on this frontier so vast that they seem eclipsed by it - the colonists from eastern Brazil, the caboclos who eke out a living in the river or forest, and the Native Americans, who once understood every nuance of the forest and had a name for every one of its species, but are now dislocated and confused, coveting Western ways but unable to grasp them.

These people, wittingly or unwittingly, are destroying the forest, and Campbell's book is at once a description of a world that is vanishing fast and a plea for its survival.

In The Crystal Desert, his first, highly-praised book, David Campbell wrote about Antarctica, a place where only a handful of species have managed to climb ashore and survive.

In the Amazon Valley there are more species of lichens, liverworts, mosses and algae on a single palm leaf than there are growing on the entire continent of Antarctica.

It is a fine canvas for Campbell to paint his extraordinary word pictures upon. 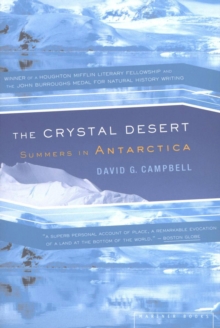