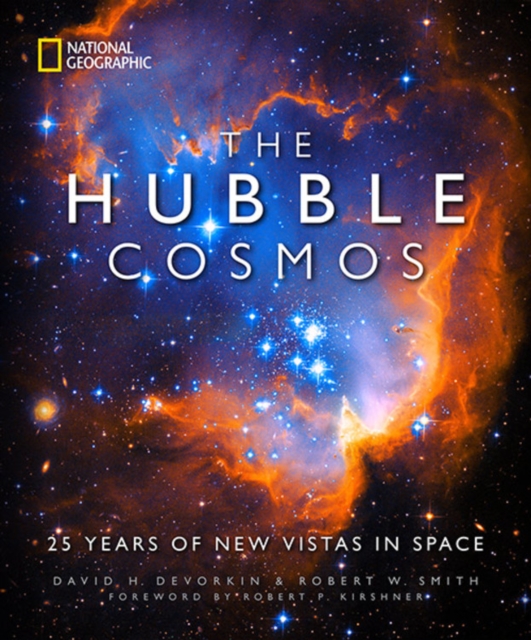 The Hubble Cosmos : 25 Years of New Vistas in Space Hardback

In this astronomically spectacular, large-format photographic retrospective, National Geographic celebrates the impact of the Hubble Space Telescope in its 25th anniversary year.

Highlighting the most eye-popping images, significant discoveries, and many ways that this telescope's visions have revolutionized our understanding of the universe, this book wil appeal to space aficionados and photography buffs alike.

The Hubble Telescope has now gazed into deep space for 25 years, imaging galaxies, nebulas, and supernovas for a new picture of the universe and our place in it.

In honor of its 25th anniversary, space historians David DeVorkin and Robert Smith team up again to tell the stories of 25 iconic moments in the illustrious telescope's career, illustrated with breathtaking, never-before-seen images.

Here are the major challenges and triumphs, the key scientific findings, the brilliant scientists behind the scenes, and the public's love affair with a space telescope.