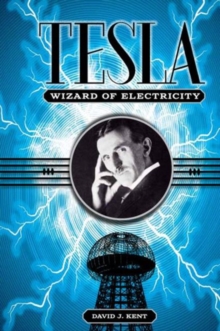 Tesla : The Wizard of Electricity Hardback

This book reveals the life, drama and mystery surrounding the creator of groundbreaking inventions.

It posthumously found renewed fame as the subject of conspiracy theories and as a pop culture idol.

It includes historical comics and photos that highlight key events and figures in Tesla's spectacular life.

An immigrant from what is now Croatia, Tesla would move to America and go on to create groundbreaking inventions including some that would change the world.

He even electrified visitors at the 1893 Chicago World's Fair with an amazing never-before-seen electrical light display.

Despite his successes, Tesla would become largely forgotten over the remaining dozen years of his life as others got credit for his remarkable scientific contributions.

But after his death, he found renewed fame as the subject of conspiracy theories and as a pop culture idol.

Through this fascinating book, you'll come to know the dashing man that continues to capture imaginations today.