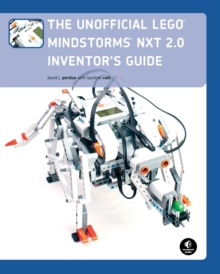 The LEGO(R) MINDSTORMS(R) NXT 2.0 set offers hundreds of building elements, programming software, and powerful electronics that you can use to create amazing robots.

But where do you begin? This eagerly awaited second edition of the bestselling Unofficial LEGO MINDSTORMS NXT Inventor's Guide is your key to designing, building, and programming robots with the NXT 2.0 set.

You'll learn practical building techniques, like how to build sturdy structures and use gears, and gain a solid understanding of the set's NXT-G programming language.

A series of projects new to this edition offers step-by-step instructions for building and programming six robots, each of which can be built with just one NXT 2.0 set, including: *Inventor-Bot, a fast, simple, modular vehicle with treads *Sentry-Bot, a robot guard that shoots balls at intruders *Table-Bot, a vehicle that uses its antennae to avoid falling off a tabletop *The Jeep, a four-wheeled vehicle that avoids obstacles and follows lines *The Lizard, a large walking robot that uses the color sensor to detect and respond to different colored balls *The Printer, a stationary robot that uses a pen or marker to draw letters, words, and shapes on paper Additional resources include the Piece Library, which contains basic information on the more than 80 types of LEGO pieces in the NXT 2. 0 set, and the Quick Reference, which lists the 34 types of standard programming blocks.

So go ahead. Grab your NXT 2.0 set, fire up your imagination, and see what you can invent with The Unofficial LEGO MINDSTORMS NXT 2.0 Inventor's Guide. 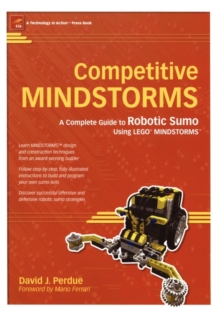 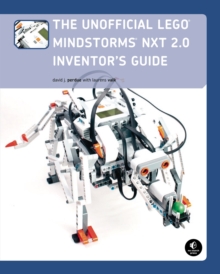