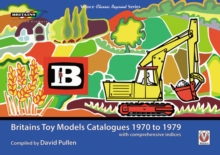 Loved by both children and collectors, Britains toys and models are known for their play value and realism.

Releasing its first toy soldiers in 1893 using a new hollow casting process, Britains has since produced many exciting military and civil models including the popular Home Farm series. In the 1970s, the annual catalogue contained between 340 and 370 items, including motorcycles, farm vehicles, farm animals, soldiers, guns, garden miniatures, and zoo animals.

The decade also saw Britains release over 400 new items, including New Deetail figures, which replaced the Eye Right and Swoppets lines, new metal figures, and the first aircraft for several decades, a helicopter.

There was also a big expansion of farm models, including the first combine, for which Britains won the 1978 `Toy of the Year' award. This book, by renowned Britains expert David Pullen, covers the models and sets issued by the company during the 1970s.

It features reprints of all the annual toy model catalogues issued, reproduced in full colour.

This is the essential guide for any Britains models collector. 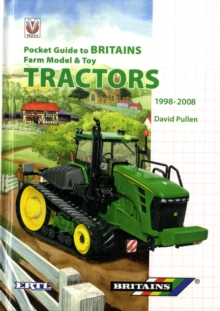 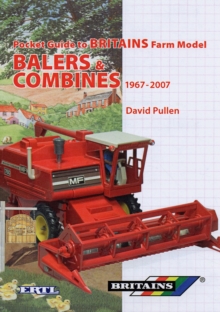