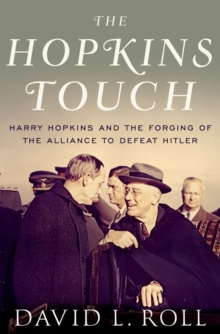 The Hopkins Touch : Harry Hopkins and the Forging of the Alliance to Defeat Hitler Hardback

Franklin Roosevelt's friend and advisor Harry Hopkins, an Iowan social worker who became the president's political "point man" during World War II, was one of the most improbable and important political operators of the twentieth century.

Having gained Roosevelt's trust assisting on campaigns and leading relief and jobs programs-including the WPA-during the 1930s, Hopkins helped the president confront the growing threat, and later the reality, of war.

From thebeginning, Hopkins grasped that the key to victory was the creation and maintenance of an Allied coalition of military power sustained by economic cooperation.

He acted as the self-described "catalytic agent" between the Allied leaders, meeting frequently with Churchill and Stalin both before and longafter Pearl Harbor and coordinating the $50 billion Lend-Lease program.

David Roll's portrait of Hopkins discusses his early life and career, but emphasizes his role alongside FDR (and later Truman) in World War II, making use of previously private diaries and letters. 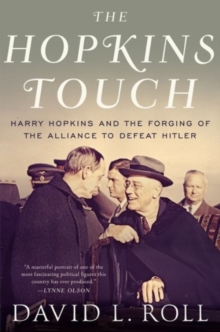