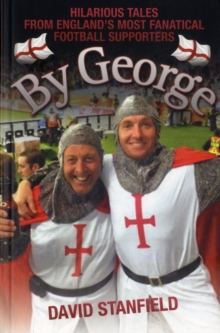 Meet Stan and his mates. All football fanatics, all enthusiastic followers of the English national team - so far, so normal, right?

Wrong. You've probably already spotted them on TV, or maybe at an England match.

They're the group of blokes all dressed up as St George. In this hilarious book, Stan - AKA George the First - tells the story of how the George came into being, in the run-up to the 2006 World Cup in Germany, and reveals all about the crazy adventures and bizarre situations the gang have found themselves in as they're travelled the world supporting England and bringing their own special touch of English eccentricity to every match, home and away.