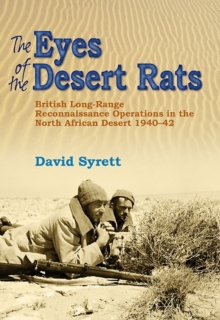 The Eyes of the Desert Rats : British Long-Range Reconnaissance Operations in the North African Desert 1940-43 Hardback

Made up of members of the Coldstream and Scots Guards, British yeomanry cavalry regiments, New Zealanders, South Africans, and Indian Army men, the Long Range Desert Group was perhaps the most effective of all the "special forces" established by the Allies during World War II.

It was able to go thousands of miles into enemy territory, well-armed and carrying its own supplies of petrol, food and even water to last for weeks at a time, something previously unheard of. Using experience acquired in World War I and inter-war exploration travels, the LRDG thus developed the ability to appear almost anywhere in the desert to carry out almost every type of ground reconnaissance mission possible in desert warfare, exploring and mapping the terrain, transporting agents behind enemy lines or determining the strength and location of enemy forces with an extraordinary degree of accuracy and detail.

Equally important were their skills in the art of desert navigation, demonstrated in the outflanking of the enemy during the Allied advance from El Alamein westward to Tunisia, as led by the LRDG.

Through meticulous research in original archival material, this book tells the extraordinary story of how a relatively small number of dedicated men developed the methods and techniques for crossing by motor vehicle the depths of the then unmapped and seemingly impassable great Western Desert, during the British Army's North African Campaign of 1940-43.

Their tactics, techniques and remarkable success in desert warfare continue to make them of great interest to the student of military affairs.

Likewise, as it seeks to answer how the deep desert can best be used for military purposes, this study is pertinent to today's military operations, perhaps more so than at any time since World War II.

Also by David Syrett   |  View all

The Siege and Capture of Havana

The Siege and Capture of Havana 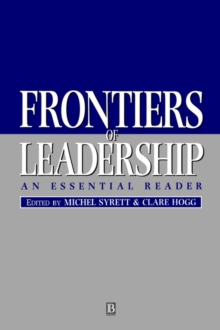 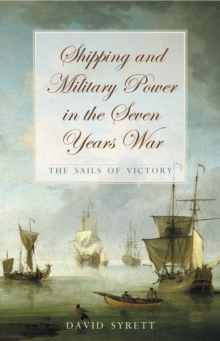 Shipping and Military Power in the...