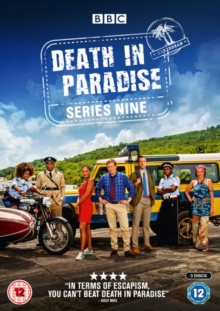 All eight episodes from the ninth series of the BBC comedy drama set on the Caribbean island of Saint Marie.

In this series, DI Jack Mooney (Ardal O'Hanlon), with the assistance of his team, attempts to solve the crimes that continue to plague the idyllic island.

Together, they hunt for a masked murderer after a woman is killed in her home on New Year's Eve, and investigate the mysterious death of a cyclist during a race.